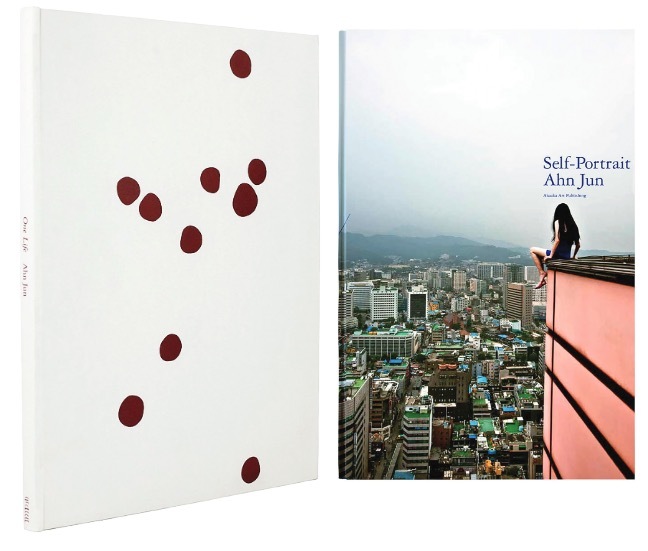 "Ahn’s images in One Life are created as a result of a coincidental formation of apples suspended in mid air, after they have been thrown against a wall. Apples were chosen because of their symbolic ties to knowledge and Isaac Newton’s demonstration of the forces of gravity. In the year that Ahn began working on this project, a number of what she considers ‘coincidences’ occurred in her personal life – she married, and her grandfather passed away."