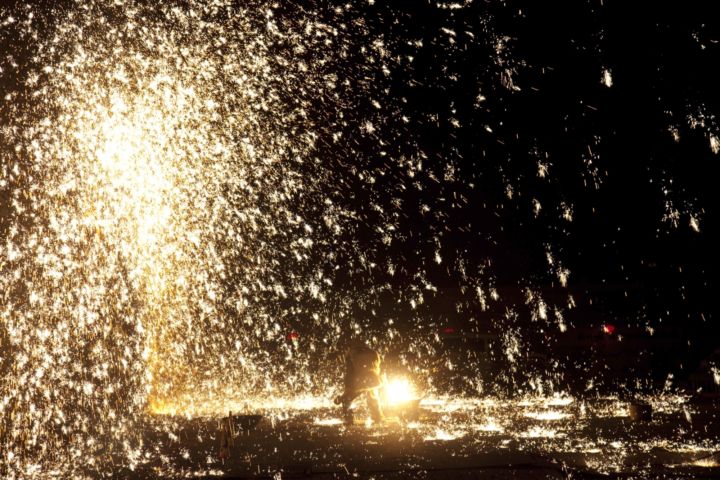 "Another part of the series depicts the festival ‚DaShuhua’ in the Hebei province in China. The festival has been around for many centuries and originated when people began to throw molten iron against the city walls. The sparks coming off and forming a rain of light served as the poor people’s equivalent to beautiful yet expensive fireworks. 'For those who live in poverty, every day is a battle in its own way — perhaps it’s only natural that this ritual reminds one of a struggle.' [...]"