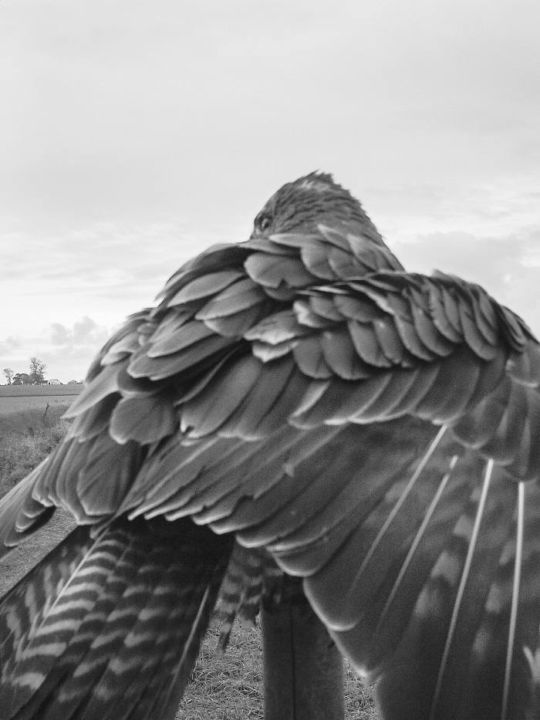 Stephen Gill: Pulling the Birds from the Swedish Sky

"I am very drawn to the shapes presented by birds in flight, birds perched and those in between the two: claws clenched overhanging the surface of the pillar, translucent feathers splayed to reveal patterns and markings — images as pristine as in an identification book — and those too that are battered, wet or windswept. The shapes often conjured images of the birds playing stringed instruments, or wearing cloaks and masks, exercising or screaming. I was also struck by how the relatively fixed, pre-composed rectangle of the camera offered a reminder of the infinite variations of a single scene over a period of time, suggesting that nothing happens twice."